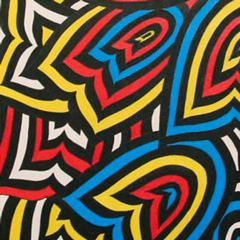 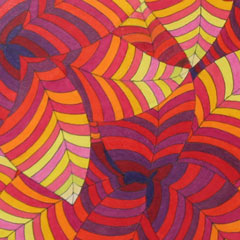 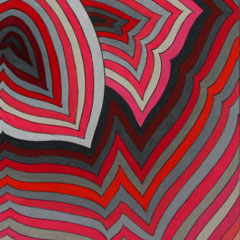 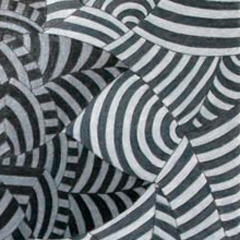 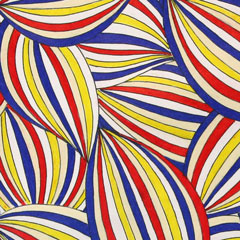 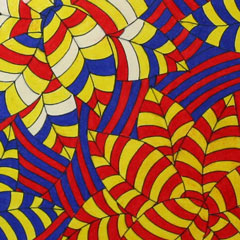 in Architecture, Art and Design
Claudia and Thomas Weil

“Ornament is a crime” runs the famous statement of Adolf Loos.  This “prohibition” led for a long time to a condemnation of ornament as pure decoration.  With that our gaze shifts to the insight that the new ornamentation practised for a hundred years by architects, artists and designers now presents itself as a plan and a grid and no longer as decoration.  Grids of dots by Roy Lichtenstein, grids of ribbons by Daniel Buren and the eternal repetition of grids of squares on modern façades are the highlights of this universal belief in new ornament.

Once this knowledge has sunk in, it has a liberating effect.  Many questions to do with form are suddenly clarified.  Our gaze is directed to the open, playful and yet ordered world of the decorative that penetrates all areas of creativity.

The history of ornament is very exciting.  No form of art has been so condemned and so loved, teetering between sublime and banal, between overloaded and minimal, between cosmic and kitsch, between elitist and popular.  The resulting mixture is mixed because people of all levels of talent, from every culture and continent have contributed to it.

Ornament has existed since people have given form to the world of their imagination.  Everything started with geometrical signs painted or carved on walls and objects and with decorative chains and stone inserts which allow some sort of order to be recognized.  These ornaments could be seen in wall pictures at the same time as illustrations from nature.

People created here two parallel imaginative universes: the figurative world and the world of geometrical order or, put more simply, the deer and the square.

In an unprecedented victory procession ornament has conquered every country, every culture, every social class, every era and every material you can think of.  Each country, each culture, each era has its own ornamental history.